This is a frightening statistic to say the least. According to a survey conducted by e-Enfance, an online child protection association, and the Caisse d’Epargne: 20% of young French people say they have been confronted with a situation of cyberbullying. This concept covers various situations which are all harmful and in particular insults, hate messages, humiliations on social networks, or the disclosure of intimate photos.

Faced with this scourge, the Minister of National Education, Jean-Michel Blanquer, presented this Tuesday a new application to help victims of cyberbullying. Called 3018, like the emergency help number already in place, it allows you to send a screenshot to document the harassment, reports West France.

Similarly, the app gives access to a chat which allows you to report problematic situations, especially in schools, specify our colleagues. This information is then transmitted to social networks so that they delete the incriminated content or directly to the Pharos platform, which is the portal of the Ministry of the Interior for reporting illegal content online.

West France indicates that this device was developed in just six weeks and corresponds to the request of Emmanuel Macron last November. It is deployed in partnership with the e-Enfance association.

Visiting a high school in Hauts-de-Seine, Jean-Michel Blanquer explained: “ The question of harassment is to be looked at in the face, we want it to be reported, that there is no silence around it, you have to talk about it, that it stops “. 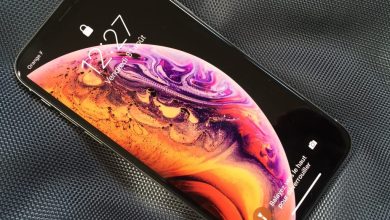 Downloading the wallpaper for the new iPhone Xs is already possible!