Like every year, Apple unveils its new phone to the public. For the iPhone 5, it was in September 2012 that it was introduced to cell phone enthusiasts and tech fans. Successor of the iPhone 4S, the iPhone 5 has again a more refined and more resistant design thanks to a composition combining aluminum and glass, a more developed camera as well as a more powerful chip. IPhone 5 is the first iPhone equipped with the Lightning port.

The characteristics of the iPhone 5

While all older models had a screen measuring 3.5 inches, the iPhone 5 has a 4-inch screen. Its screen Retina displays a resolution of 1136 x 640 pixels and can show up to 16 million colors.

The iPhone 5 has an 8 megapixel rear camera which is equipped with an auto-focus mode as well as a flash. This back camera can also take Full HD videos at 1080p. In addition, the iPhone 5 has a front camera that can take photos with a resolution of 1Mpx and videos in 720p. Finally, the function panorama which allows you to take close-up photos, has been added as a new feature to the iPhone 5.

The processor that equips the iPhone 5 is a chip A6, twice as powerful and faster than the A5 chip, without being more demanding in terms of battery usage.

The iPhone 5 has access to the EDGE, 3G, 3G + network as well as to Bluetooth 4.0 and Wi-Fi. In terms of connectivity, the iPhone 5 has a new port Lightning 8-pin which replaces the 30-pin port on older models. This Lightning port has the novelty of being thinner and can be plugged in any direction.

Multiple sensors are integrated into the iPhone 5. There is an accelerometer, a 3-axis gyroscope, a proximity and light sensor, as well as a magnetometer.

Psssssst :  How iOS 15 Makes It Much Easier to Back Up and Wipe Your iPhone Before Selling It

Like previous models, the iPhone 5 was designed to be sleek, slim and good looking. Its composition in glass and aluminum gives it a more upscale appearance than the old models. Bigger than the iPhone 4S and more resistant thanks to its Liquidmetal back, the iPhone 5 has won over many consumers.

The iPhone 5 is available in several storage capacities: 16, 32, or 64 GB just like its predecessor. However, it is at the level of RAM or RAM that the iPhone 5 is more efficient with a capacity of 1 GB against 512 MB for the iPhone 4S.

IPhone 5 comes with several assistive features. First of all, there is artificial intelligence Siri, to which it is possible to ask to perform certain tasks such as calling one of his contacts, sending a message, and many other things. SIRI has been improved on iPhone 5, making it possible to reserve a table in a restaurant, launch applications, or even consult film reviews. Then it is also endowed with theAssistive Touch, which allows you to perform multi-touch gestures with one finger, very practical for people with reduced motor skills.

When it was released, the iPhone 5 was equipped with the 6th version of iOS. It can be updated to iOS 10.3.4.

The iPhone 5 comes with EarPods, headphones that have a Lightning tip. Many audio accessories, sports accessories, protection, car mounts, storage, or even photos, are compatible with the iPhone 5.

If you want to be unbeatable on iPhones, read our articles:

How to add, remove, and customize widgets in iOS 14 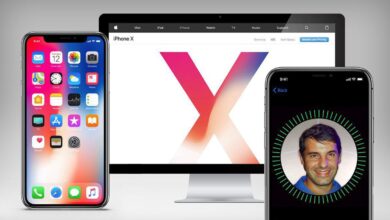 Best answer: How to clean loudspeaker on iphone? 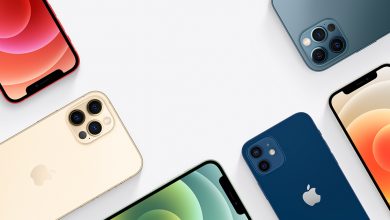 Why choose an iPhone for professional use?

You asked: How to charge iphone without charger?

How to change number of rings iphone?

How to block roblox on iphone?

Best answer: How to change zoom name on iphone?