The iPhone 5s was exposed to the general public in September 2013, along with the iPhone 5c. The iPhone 5s takes the same design as its predecessor, but incorporates a new chip, a more powerful camera, and above all, it is the first iPhone with the sensor Touch ID for digital recognition.

All other iPhone models.

The characteristics of the iPhone 5s

Equipped with a camera of 8 Megapixels like its predecessor, the iPhone 5s however has a more developed camera. Indeed, its camera has a larger aperture of about 15%, which makes it possible to have pixels of larger dimension, and the sensitivity to light has been increased to 33%. In addition, his new flash “True Tone”Accurately calculates the amount of light needed for your photo. Burst and slow motion mode have been added, making it possible to take many shots in seconds or to admire in detail a moment captured in slow motion.

In terms of processor, the iPhone 5s is equipped with a A7 microprocessor, which replaces the old A6 chip, and also a M7 motion coprocessor.

The A7 chip is the very first 64-bit capacity processor fitted to a cell phone. This chip notably improves the performance of the model it equips, thus making the iPhone 5s more powerful than the old models. In addition, his M7 coprocessor improves the general energy efficiency of the appliance. Indeed, it allows the collection of data from its various motion sensors to then unload the processor.

Psssssst :  How to Hide Apps on an iPhone

The iPhone 5s is the first Apple phone to gain access to the network 4G which allows a faster data transfer (up to 100 Mbit / s) compared to the transfer capacities of the 3G + network.

In addition to the sensors already present on the old models such as the gyroscope, the compass, and the accelerometer, the iPhone 5s has a new sensor named Touch ID which allows to register and recognize a fingerprint. Touch ID is used in particular to unlock the mobile phone or to have access to certain parameters which require authentication.

The iPhone 5s has a design similar to the iPhone 5, that is, thin with clean curves.

In terms of storage capacity, the iPhone 5s has 1GB of RAM and up to 64GB of internal memory.

The iPhone 5s has better battery life than its predecessor. In standby, it can hold up to 250 hours and 10 hours of communication, or respectively 25 hours and 2 hours more than the iPhone 5.

In addition to taking over the assistance functions of the old iPhones such as Assistive Touch and Siri, the iPhone 5s incorporates a new feature that makes it easier to use. It is a control center that can be accessed by swiping up from the bottom of the screen.

Apple’s 7th generation model has the 7th version of iOS. The latter presents a new user interface and incorporates more aesthetic colors. In addition, iOS 7 includes other new features like the Control center, which allows you to have quick access to certain parameters of the device (sounds, brightness, etc.), and the Notification center to have a global view of notifications. IPhone 5s is compatible with iOS 12.4 version.

Psssssst :  Frequent question: How to buy more storage on iphone?

Want to learn more about the iPhone range? Discover our articles! 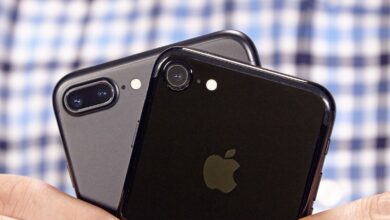 Quick answer: How to blur image in iphone? 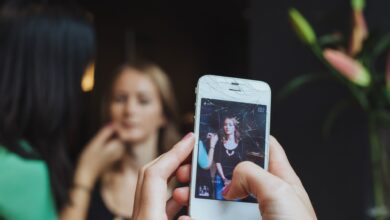 Quick answer: How to clean lint from iphone speaker?

How to charge the iphone faster?

How to clean ipad and iphone screens?

How to charge iphone without charger wire?