Announced by Tim Cook during the March 8, 2022 keynote, the iPhone SE 3 is one of the first new Apple smartphones of 2022, alongside the Mac Studio and the iPad Air. And as rumors predicted, it takes on the look of its predecessor with its famous central button placed at the bottom of the device. So finally, what’s new in the iPhone SE 3 and what does it bring compared to its 2020 counterpart? We take stock!

The iPhone SE 3 in a nutshell

In terms of design, the new iPhone SE has everything from the iPhone SE 2. We can see there a desire to make the most of the production line of the iPhone 8, on which the 2020 model was already based. Touch ID technology thus makes its return with the fingerprint reader integrated into the Home button. And who says same chassis, also says same degree of water tightness and dust resistance as the previous model.

The iPhone SE now stands out from the models of the main range by its small size compared to the giants Pro and Pro Max. The dimensions have not changed compared to the previous iPhone SE (138.4mm height, 67.3mm width, 7.3mm thickness). The latest iPhone SE has just a slightly lower weight: 144 grams against 148 grams.

As far as the colors available are concerned, we are still on familiar ground. The smartphone is available in black (Midnight), white (Starlight), and red (PRODUCT(RED)).

Note that according to Ming-Chi Kuo, an Apple analyst renowned for the quality of his information, the third generation of iPhone SE should be the Apple’s latest entry-level model based on this design. 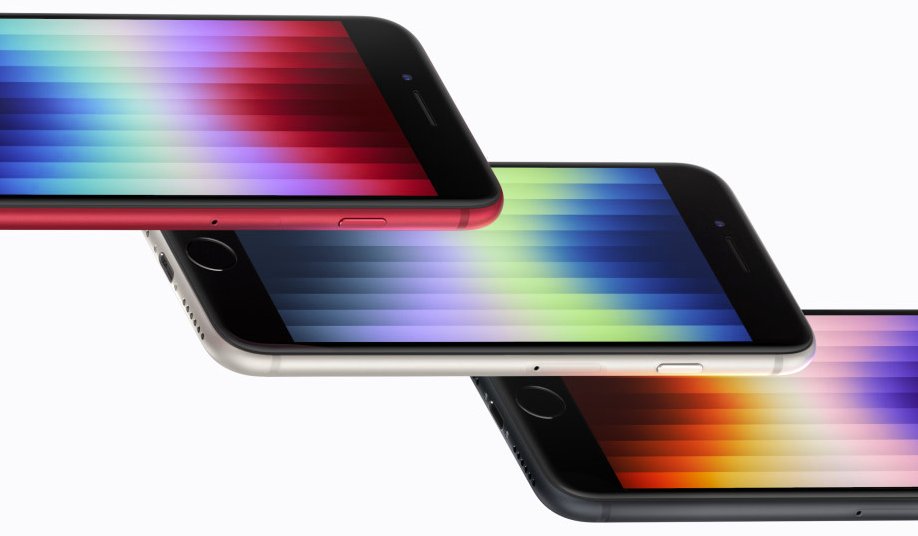 Nothing has changed: the new iPhone SE 3 takes over the4.7-inch Retina HD LCD display of its predecessor, framed by thick edges at the top and bottom. It also features the same 1334 x 750 pixel resolution at 326 ppi.

No big change either when it comes to the lenses of the 2022 iPhone SE. So it keeps the same 12MP wide-angle rear camera. There is also a 7 Mpx camera as on the previous model.

Beyond the technical and material improvement of the camera, it is theimproved image processing which takes precedence with this new iPhone, thanks to its more efficient processor. It thus has several features of the most recent classic iPhones. In addition to the famous Portrait mode, we now have access to photographic stylesat Deep Fusion (rear camera), to Smart HDR 4 (front camera) and slow motion in 1080p at 120 fps (front camera).

Psssssst :  How to block unwanted text messages on iphone?

A novelty is coming to the fore in the storage area: in addition to the 64 GB and 128 GB options, the iPhone SE now offers a 256 GB capacity. Enough to satisfy more space needs, which are constantly increasing.

It was the great novelty anticipated by the rumours: the iPhone SE 3 is the Apple’s first mid-range smartphone offering compatibility with 5G networks. 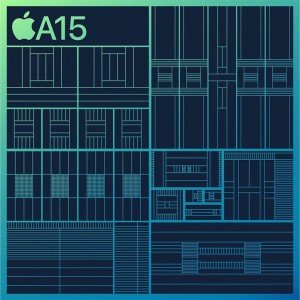 The Cupertino company has stuck to its habit of equipping each iteration of the iPhone SE with its latest processor model. Thereby, the latest iPhone SE has the same A15 Bionic chip that powers the current iPhone 13 range. Thanks to this, the iPhone SE 3 is powerful and can offer great performance and functionality over time, while remaining at an attractive price.

If we look at the details, the new processor has 6 cores, 2 being allocated to performance and 4 to energy efficiency. The GPU, meanwhile, still has 4 cores, while the Neural Engine has seen its number of cores doubled to 16.

Due to the improvement in the processor, and despite a switch to 5G, which is known to drain the batteries, this smartphone is equipped with a slightly improved battery life compared to the iPhone SE of 2020. It thus offers up to 15 hours of video playback time, compared to 1 p.m. for its predecessor. However, this is not a major change, and we are still far from the 19 hours promised by the iPhone 13, and the 28 hours of the iPhone 13 Pro Max.

The low cost reputation of the iPhone SE is all relative. Indeed, despite being Apple’s cheapest iPhone, it’s still a mid-range smartphonewith a base price of €529 in its 64 GB configuration. The other storage configurations, 128 GB and 256 GB, are available at 579 € and 699€.

What is the difference between the iPhone SE and other Apple smartphones?

Unlike other mainstream iPhone models, the SE lineup caters to the market segment of midrange and aims to reach a wider audience. Due to its more affordable price, this smartphone does not include most of the latest components.

Indeed, it is ignoring the latest technologies (Face ID, advanced cameras, Magsafe, OLED display, etc.) that the Apple brand can offer this phone at a lower cost.

It is for this reason in particular that the 3rd generation iPhone SE, like the 2020 iPhone SE, takes up the design of the iPhone 8 with its home buttonwhich has disappeared from the main lineup since the release of the iPhone X in 2017.

In conclusion: who is the iPhone SE 3 for?

The iPhone SE 3 is made for those who are attached to Apple environment and ergonomics but don’t want to break the bank. Those who don’t need the latest fashionable technologies but want a quality smartphone and powerful enough to be kept for several yearsas opposed to the models in the main range which are intended to be renewed every year or every two years.

Question: How to clean front of iphone? 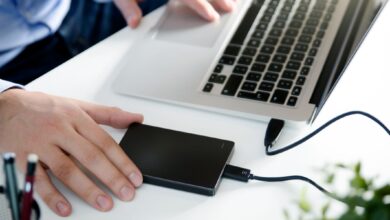 How to Backup Your iPhone to an External Hard Drive

How to change mirror image on iphone xr?

How to Use App Library on Iphone 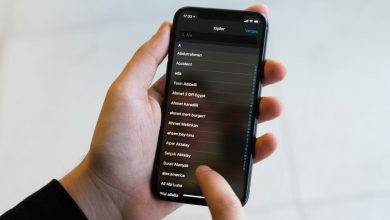 How to delete multiple contacts on iPhone