An iPhone 13 vs. iPhone XR camera comparison is more pertinent than you might think, especially in an era when people are holding on to their phones longer. Yes, the iPhone XR debuted back in 2018, but given the cost of phones and the fact that Apple’s extensive software support makes it more attractive to keep using your current device, there’s a lot more iPhone XR models out there than you might think.

I know this because my wife is toting around her iPhone XR that she bought in the spring of 2019. And with two years of monthly installment payments now in our rear view mirror, only now would she really be open to an upgrade to one of Apple’s new iPhone 13 models.

Most of the benefits of upgrading from an iPhone XR to an iPhone 13 should be apparent, even if you’ve yet to lay hands on Apple’s newest phones. Jumping from the iPhone XR’s A12 Bionic chip to an A15 Bionic gets you three generations of performance and power management improvements. The iPhone 13 is more durable than the iPhone XR, and its IP68 water resistance rating means the phone can survive a plunge in up to 6 meters of water for half-an-hour — the iPhone XR can only deal with 1 meter. The screen is brighter and the battery’s bigger on the newer iPhone as well.

But it’s the cameras of the two phones we’re most interested in comparing — and not just a spec face-off. Since the iPhone XR first debuted, Apple’s had three versions of the iPhone to make camera hardware and software improvements. We’re interested in seeing how those translate to finished photos.

With that in mind, this iPhone 13 vs. iPhone XR camera face-off will attempt to show just how much better your photos can be when taken with a more recent iPhone.

Before we dive into the actual iPhone 13 vs. iPhone XR camera face-off, let’s consider the camera hardware iPhone XR users have at their disposal and how that’s evolved over the years to what Apple now offers for the iPhone 13. For this comparison, we’re looking at the standard iPhone 13, which has the same sized 6.1-inch display as the iPhone XR and costs only a little more than the older iPhone did when it debuted ($799 vs. $749). You could make the same camera comparison with the $699 iPhone 13 mini since it has the same setup as the larger iPhone 13.

The iPhone XR was Apple’s final single camera flagship phone. You’ve got just one lens on the back of the phone — a 12MP camera with an f/1.8 aperture. The camera offers a Portrait mode feature and Smart HDR functionality for delivering highlights even when shadows creep into a shot. But you won’t find a Night mode — that didn’t appear until the iPhone 11 — and forget about switching to an ultrawide angle view.

What’s more, since the iPhone XR’s release, Apple has steadily worked to improve how much light the lenses on its cameras take in. First, there was the computational photography enabled in Night mode, but starting with the iPhone 12, Apple switched to a 7-element design and an f/1.6 aperture to improve low-light photography. The iPhone 13 takes things even further: A bigger sensor on the newest iPhone allows the main camera to take in 47% more light than the iPhone 12 did. You can only imagine how that compares to a three-year-old iPhone XR. The ultrawide lens on the iPhone 13 also takes in four times more of the scene than its predecessor — not that any of that would be a concern to the iPhone XR and its lone wide angle camera.

Psssssst :  How to charge battery on iphone 12?

It’s also worth noting that the iPhone 13 supports Photographic Styles, which give you more manual control over whether your image appears more vibrant, richer, cooler or warmer. Since that’s an option with the iPhone XR, we kept things in standard mode for our iPhone 13 vs. iPhone XR camera comparison.

So even before a single shot was taken, we’d expect the iPhone 13 to produce better indoor shots as well as low-light photos, given the changes in aperture and sensor size over the years. Outdoor images should be fairly comparable between the two phones, but we would assume three extra years of photographic smarts might turn out better portrait shots on the iPhone 13.

Let’s see how the images compare.

The lobby of San Francisco’s California Academy of Scienes has a lot of light streaming in from nearby windows. On a sunny day like my visit, I wasn’t expecting a lot of variance in the iPhone 13 and iPhone XR photos of this T-Rex (who may have a brain the size of a walnut, but is smart enough to mask up indoors).

Indeed, the iPhone 13 and iPhone XR photos match up fairly well, with no appreciable differences in color or composition. The iPhone 13 teases out more background details. The stone panels underneath this History Museum sign have slightly more texture in the iPhone 13’s shot, and the view outside the window in the upper left of the shot looks slightly sharper. But you’d be hard-pressed to really spot the differences in a shot like this where the ambient lighting was in your favor.

Moving indoors to one of the exhibits, this recreation of the jaws of a megalodon offer more challenging lighting, with a decently-lit exhibit in the midst of an otherwise darkened room. The iPhone XR photo looks decent enough, as the jaws are kept in focus. But you start to see the benefits of all those low-light improvements Apple has made over the years in the iPhone 13 image.

You can make out more of the blue in the curtain behind the jaws, and the detailed ridges on the jawbone itself are more visible, particularly on the lefthand side. The text on the museum signage to the right isn’t fully legible in either shot, but if you zoom in on the iPhone 13 version, it’s not as blurred as what the iPhone XR captures.

Psssssst :  How to buy gb on iphone?

In this shot of some old magazines and holiday decorations, the iPhone XR’s effort is just too dark to be of any value. You make out some of the magazine covers, but a lot of the details are too shadowy. The string of colored lights and the garland of multicolored lights is pretty muted and blurry, with no computation photography help from Night mode available.

The iPhone 13 photo is much brighter. You can actually read each of the magazine covers and you can pick out colors in those dangling decorations, particularly the Christmas lights. The overall scene is still a little too shadowy, but enough color and detail pops out to show how superior more recent iPhones have become in low-light settings.

It was a bright, sunny day when I took this shot on the roof garden of the California Academy of Sciences, so you’d imagine that the iPhone XR would find itself on even footing with the iPhone 13. Indeed, both shots are of a similar quality. The ferris wheel pops out against the blue sky in either photo, and the different shades of green from the grass in the foreground and the trees in the background look the same whether viewed through an iPhone XR and iPhone 13.

Yet, you get a sense of the better optics on the iPhone 13 by staring at the sky. It’s a fairly consistent shade of blue in the iPhone XR’s shot, but the iPhone 13 manages to capture a transition from dark to light as you descend closer to the horizon. It’s a subtle difference, to be sure, but it does hint at the improvements to Apple’s camera phones over the years.

The iPhone 13 can do something the iPhone XR can’t, and that’s switch to an ultrawide angle view. Using that lens, I could show off more of the rooftop garden while also expanding the background so that the nearby DeYoung Museum shows up in my photo. (That’s the brown building off to the left with the tower that looks like its been warped.) You simply can’t pull back like that with the iPhone XR’s single camera.

I’m actually surprised by how closely the two portrait shots compare in this iPhone 13 vs. iPhone XR face-off. I suppose that’s a testament to the power of the software Apple uses to add background blurs, and the fact that regular software updates can help older phones keep pace somewhat with newer models. For the record, the iPhone XR used here is still running iOS 14, while the iPhone 13 is running the iOS 15 public beta.

There’s very little difference in the quality of the background blur no matter what shot you’re looking at, and the iPhone XR does just as well as the iPhone 13 at separating my daughter from the background — not easy, given how wispy her hair is around the edges. If there’s one distinction, I’d say that the iPhone 13 lights up her face slightly more, but otherwise, either shot would be worth sharing.

We knew heading into this battle that the iPhone 13 was going to finish on top — it’s got the better hardware, and the two phones are evenly matched on the software front. What’s illustrative is how much of a difference three years of hardware improvements make, especially in low-light situations.

If you’re still an iPhone XR user, you likely know that upgrading to the iPhone 13 will give your photos a boost. But hopefully this comparison shows just how much of a boost. The improvement in low-light photography would be reason enough to jump to a newer phone, and the addition of a second rear reason for greater flexibility only clinches that decision. 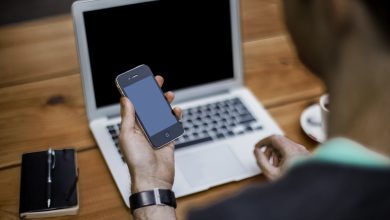 How to backup your iPhone to an external hard drive 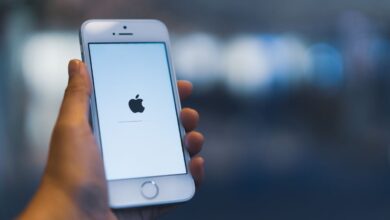 How to Fix Your iPhone When an iOS Update Causes Issues

Best answer: How to charge your iphone without a charger? 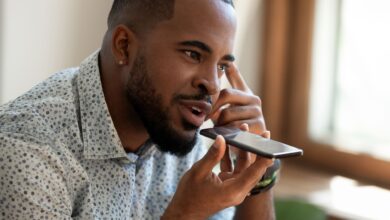 How to Use Voice Memos on iPhone 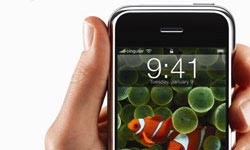 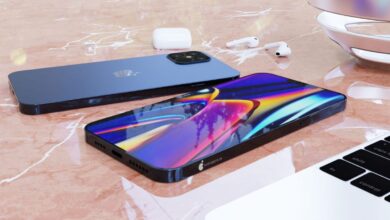 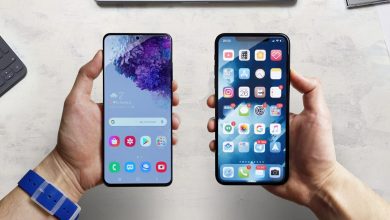