Apple spent a lot of time during its iPhone 13 announcement talking up the new phone’s camera capabilities. Not only did the camera hardware get an upgrade, but the software saw a boost thanks to the enhanced AI capabilities in the A15 Bionic chip. One of those improvements is called Photographic Styles, which, on the surface, appear to be fancy filters.

But they are much more than that. Whereas a filter is after the fact or a particular shooting mode, Photographic Styles can apply post-processing style edits in real-time before you hit the shutter button. And the best part is, you can customize the presets to your liking to match your own style.

But Apple didn’t really talk too much about how Photographic Styles work, so we’re here to bridge the gap with a closer look at this iPhone 13 feature.

Photographic Styles tap into the iPhone 13’s image processing pipeline, meaning that they’re not an after-the-fact filter. In practice, they look like a filter, but the technology behind Photographic Styles makes them so much more than this. Each Style is meant to bring out certain characteristics in a scene, such as richer contrast or more vibrant colors.

The benefit to having Photographic Styles is that the adjustments are made in real-time, making them more intelligent if you will. Instead of adjusting these elements individually in post-processing, the iPhone 13 tweaks them based on various other aspects like lighting, angle and others — Photographic Styles can adjust lighting while preserving skin tones, for example.

Above, you can see a sample gallery of the different Photographic Styles from our iPhone 13 Pro review. In all, there are four styles beyond the standard view — Rich Contrast, Vibrant, Warms and Cool. The different styles pretty much do what they say on the label.

Apple also lets you tweak each of the Photographic Styles to your own liking. You can’t radically change them, but you do get some options for things like warmth, tone, and so on. As of right now, Apple doesn’t let you create your own Photographic Style, but that would certainly be a neat feature to see someday.

The iPhone 13 lineup includes some of the best camera phones, especially if you’re talking about the Pro models. While some credit goes to larger sensors, better image stabilization, and improved autofocus, a lot of the wonder comes down to software. Apple has stepped pretty far ahead of most Android phone makers when it comes to computational photography and it shows.

Psssssst :  How to clean duplicate contacts on iphone?

Admittedly, Photographic Styles feel a bit like a gimmick, something you may not use more than a handful times. They’re cool nonetheless and a great example of what the upgraded Neural Engine in the A15 Bionic can do.

So if you just got your hands on a new iPhone 13, why not give Photographic Styles a try? You might end up with some really cool pictures.

How to charge your phone without a charger iphone?

How to clean an iphone camera?

You asked: How to change your voicemail on iphone telus?

How to charge an iphone? 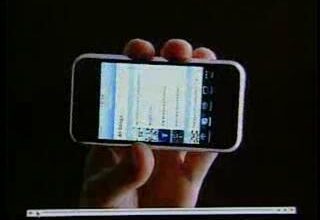 What does the iPhone accelerometer do? 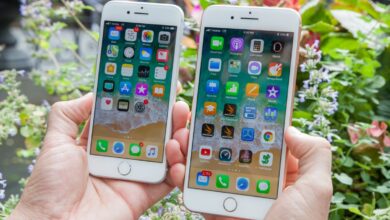 How to charge from iphone 11?