The release of the Mac Studio in March 2022 shook up Apple’s desktop lineup. This model is inserted between the Mac mini M1 intended for the general public and the Mac Pro which is aimed at a professional niche audience. If you’re having trouble deciding which Apple computer to choose, this article is for you! We are let’s compare the Mac Studio (2022), Mac mini (2021) and Mac Pro (2019) and present their respective strengths.

Comparison: Which desktop Mac is right for me?

The only common point between these desktop computers is the fact that they do not include a screen, unlike the all-in-one iMac. However, these three Macs have more or less important disparities in terms of format, power, and of course price. Note also that on the occasion of the presentation of the Mac Studio, Apple also revealed a new external screen, the StudioDisplay (27″), more accessible than its previous screen, the Pro Display XDR. This screen is compatible with Mac mini M1, Mac Pro and Mac Studio.

Note that the Mac Studio and the Mac mini have Apple Silicon chips which integrate the CPU (processor) and the GPU (graphics processor). The Mac Pro is equipped with an Intel processor and a separate graphics card.

For who ? Individuals and professionals who want to take advantage of the Apple environment at an affordable price, and who perform mainly office tasks, with a specific need for more power.

Since its transition to the M1 chip, the system on chip created by Apple, the Mac mini has been a powerful computer and a safe bet for the General publicin particular because of its affordable price. It can thus act as a professional machine for office automation and light creativity (image processing, video editing, etc.).

Compact, quietit nevertheless has power to spare and will be able to accompany you on a daily basis, whether you make it your home or work computer. In addition to the available configurations, its lower price is also explained by the total absence of additional peripherals. You will therefore have to choose your own screen, keyboard, mouse, and any other accessory necessary for your use.

Dig Deeper: The Best Accessories and Peripherals for Mac mini

The power of the Mac Pro and (almost) the compactness of the Mac mini: that’s what best sums up the Mac Studio. To be more exact, the Mac Studio even offers much better performance than the Mac Pro thanks to the M1 Ultra chip, all in a much smaller format. This is explained in particular by the fact that Apple Silicon chips are capable of offering impressive processing speeds thanks to their unified memory and excellent software optimization, even on configurations with little RAM. Depending on your needs and your budget, you have the choice between the M1 Max chipwhich is also found on the MacBook Pro, or the M1 Ultra chip. 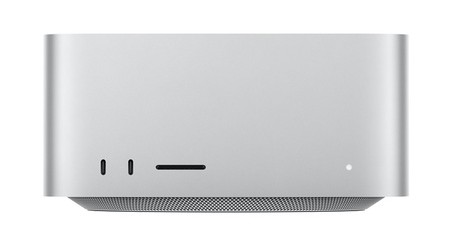 With this new Apple desktop computer, the first to be equipped with the M1 Ultra chip, the firm has finally heard the demands of professionals and has equipped the Mac Studio with a full array of ports : Thunderbolt 4, USB-A, HDMI, 10 Gigabit Ethernet port and SDXC card reader are included.

Psssssst :  How to get degree symbol on macbook air?

For who ? Companies and professionals who have very specific technical needs and are looking to optimize an intense workflow as much as possible, with a scalable machine. 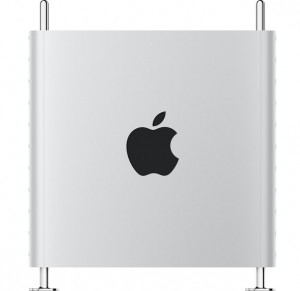 Released in 2019, the Mac Pro is aimed at professional users with very specific needs in terms of calculation and processing speedas well as those who require a great modularity. It indeed offers the possibility of upgrading the machine yourself, unlike other recent Apple computers, which will retain their purchase configuration. It is possible to add all types of graphics cards or interfaces (especially via PCIe ports) as well as easily increase storage and RAM. The expandable RAM up to 1.5 TB is also necessary for certain very specific uses, which may be another reason to prefer the Mac Pro to the Mac Studio. 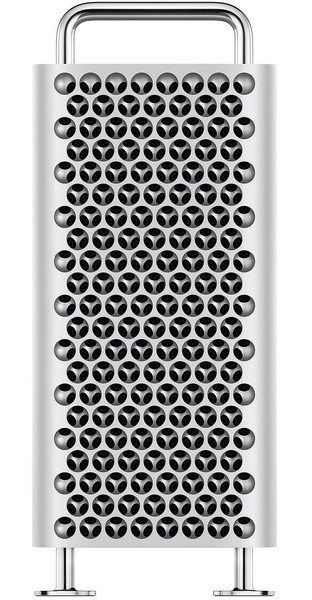 The Mac Pro therefore targets companies that intend to achieve a medium/long term investment with upgrade options, with uses such as film production, music, development, engineering, or scientific research. These users derive real benefit from every second saved and have ever-increasing power requirements.

It’s finally the most expensive model of the three, with a starting price of €6,499, and exceeding €50,000 in its most complete configuration.

If you are a professional or a company with such needs, it would probably make more sense towait for the release of the Mac Pro equipped with Apple Silicon chips, as the company confirmed at its March 2022 event that it hasn’t forgotten about this model. We can expect a real monster of power, which would surpass the already impressive performance of the Mac Studio equipped with the M1 Ultra chip.

Psssssst :  How to walkie talkie on apple watch?

How to brighten my macbook pro screen?

Quick Answer: How to use macbook pro as second monitor for pc?

How do i get facebook on my macbook pro?

How to connect apple card to uber?

How to press and hold airpods?

How to keep sweat out of apple watch?

How to delete deleted history on safari?

How to fix buzzing in airpods pro?