Introducing the iPhone 7 Plus

Presented to the public at the same time as the iPhone 7 during a Keynote in 2016, the iPhone 7 Plus is a model of the 10th generation iPhone and it is the 3rd phablet of the Apple brand. In addition to integrating a new chip, the iPhone 7 Plus has a better battery, a camera with two sensors, and better RAM.

The characteristics of the iPhone 7 Plus

The screen of the iPhone 7 Plus measures 5.5 inch and has a 1920 x 1080 pixel resolution like the phablets of the old generations. The screen benefits from improvements in terms of contrast and brightness.

The iPhone 7 Plus has a built-in camera dual sensors, offering a resolution of 12 Megapixels, the two objectives are different: one is Big angle with one aperture at f / 1.8 while the other is telephoto and opens at f / 2.8. This arrangement makes it possible in particular to create background blurs, called the “bokeh effect” and to have a 2x optical zoom. In addition to this, the iPhone 7 Plus is equipped with a quad LED flash and phase detection focus (Focus Pixel Technology). His device is protected by synthetic sapphire.

Its front camera, compatible with Full HD, has a resolution of 7 Megapixels.

IPhone 7 Plus is equipped with a quad-core A10 Fusion processor, two of which are responsible for heavy tasks and two others for light tasks.

The Apple iPhone 7 Plus includes a modem that allows it to be compatible with the 4G LTE-Advanced network, Bluetooth 4.2, GPS, NFC, VoLTE, as well as the Wi-Fi network. while the old models had a jack, the latter disappeared on the models of the 10th generation.

Psssssst :  How to Use Your iPhone as a Security Camera

The iPhone 7 Plus integrates multiple sensors such as: a gyroscope, a barometer, an accelerometer, an ambient light sensor, as well as a Touch ID fingerprint sensor. In addition, its home button has been changed: it is now a capacitive mechanism with haptic feedback to simulate the feel of a mechanical button.

The iPhone 7 Plus shows a design resembling that of the iPhone 6s Plus, i.e. elegant and refined. The iPhone 7 Plus is available in several colors: black, glossy black, silver, gold and rose gold as well as (PRODUCT) RED color.

The 3rd Apple Phablet is available in different storage versions: 32 GB, 128 GB, 256 GB. Compared to its brother, the iPhone 7 Plus has 3 GB of RAM, justified to make the most of the capabilities of its device. Photo.

There are many accessibility features built into the iPhone 7 Plus. We count for example l‘Assistant Vocathe Siri which allows you to perform tasks using your voice alone, Assistive Touch, VoiceOver to speak out loud, the contents of the screen to the user, and more.

The 10th generation smartphone Plus runs iOS 10. This version of iOS provides access to new features and improvements such as raise to wake that automatically turns on the device’s screen when lifted, Siri’s linking to third-party apps, an improved QuickType keyboard, and more. IPhone 7 Plus is compatible with version iOS 14.

Psssssst :  How to Switch From an iPhone to Android

Although the jack port has disappeared, the iPhone 7 Plus through an adapter, remains compatible with a multitude of accessories such as audio equipment (headphones, headphones, etc.), sports, health and protection accessories. , support, and many more.

Want to learn more about iPhones? Become unbeatable thanks to our articles!

How to clean iphone speakers at home?

Best answer: How to charge iphone with iphone?

How to block pop ups on iphone?

Best answer: How to charge the new iphone?

How to block unwanted texts on iphone?

How to charge my juul with an iphone charger?

How to clean bottom microphone on iphone 7? 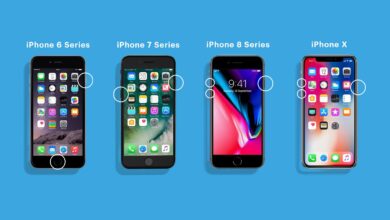 How to Restart an iPhone (All Models)