When he’s not busy sharing his plans for Twitter, Elon Musk criticizes Apple. The boss of Tesla regularly launches spades against Apple. For example, he has already criticized the closed system of the Cupertino company, or the fact that the company recruits former Tesla engineers.

And recently, it was the commission that Apple takes on iOS app transactions that Elon Musk criticized. Reacting to an article by Slashdot on a completely different subject (PayPal’s involvement in the European Commission’s decision to pin Apple Pay), he commented: “The Apple store is like having a 30% tax on the Internet. Definitely disagree. »

Apple’s store is like having a 30% tax on the Internet. Definitely not ok.

“Literally 10 times higher than it should be”he adds in another comment.

Apple has already let go, but it’s still not enough

The commission that the Cupertino company takes from the revenue of app developers on the App Store is a sensitive subject. But lately, Apple has chained measures to try to calm the game. For example, this commission has already been lowered to 15% for small developers who do not generate more than a million dollars with their applications.

But what many are asking for is the ability to circumvent this commission by using their own payment systems for user transactions, so as not to pay the 15% or 30% commission. This is what is causing the conflicts between Apple and developers such as Spotify or Epic (which created the Fortnite video game).

Of course, Google takes commissions similar to those that Apple takes. However, Google’s policy is less problematic insofar as the Mountain View firm allows sideloading on Android.

This allows Android smartphone users to download apps and games that are not on the Play Store. Thus, if a developer does not wish to pay the Play Store’s 30% commission, he can offer his users to directly download his app and install the .apk file.

Some developers are campaigning for Apple to allow sideloading on iOS as well. And if the Cupertino company is fiercely opposed to this, it could be constrained by regulation. 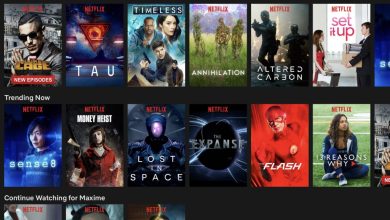 Practical: the Netflix app will automatically download new episodes of your favorite series