Apple has always placed a huge emphasis on using genuine Apple parts for iPhone repairs, and now, with iOS15.2, you can finally check to see if any non-genuine parts have been used in yours. If you only buy new iPhones, this probably isn’t of much interest to you; however, if you buy iPhones second-hand off Craigslist, Facebook, or eBay, you should check the parts and service history before agreeing to the deal.

Plenty of shady sellers try to palm off iPhones with unauthorized repair parts, which can be a safety hazard. A fake iPhone battery could actually swell up—or even explode—under normal operating conditions, for example, and that’s not a risk worth taking

Having said that, “non-genuine parts” is also a slightly misleading moniker because Apple is known to lock part swaps even between iPhones. As iFixit discovered, you can’t take the display from a brand new iPhone and put it in another iPhone—some parts are simply hardcoded to your device.

The Right to Repair movement has long been asking for easier ways to repair damaged iPhones, and Apple recently took a decent first step by allowing people access to genuine Apple parts and tools. With iOS 15.2’s Parts and Service History feature, your friendly neighborhood iPhone repair tech can quickly check if everything went smoothly with the repair.

Which iPhones let you check parts and service history?

To check the parts and service history on your iPhone, you need to update to iOS 15.2. At the time of this writing, the update was available under the iOS public beta program. If you aren’t comfortable with that, you can wait a short while until Apple makes it available for everyone. Once you have that, you’ll be able to check parts and service history on the following iPhones:

How to check the parts and service history on your iPhone

Even if you have iOS 15.2, you will only be able to see your iPhone’s parts and service history if it has been serviced. If you bought a new iPhone and it never went in for any kind of hardware service, this option does not show up under Settings. To check the parts and service history, go to Settings > General > About, and you’ll see a section labeled Parts and Service History.

When you tap an option under Parts and Service History, you’ll see if the part is genuine. If it is, you’ll see Genuine Apple Part on the screen.

If it’s not genuine, or if it’s not a swappable part, you’ll see an error labeled Unknown Part. This means the replaced part is either not genuine, not working as expected, or it’s already been used in another iPhone. The last one is a bit tricky, because ideally you should be allowed to use genuine parts from another iPhone without an error. However, it’s useful to know if the replaced part is new. In most cases, you’re better off with a brand new iPhone part being used to replace the broken part.

Question: How to clean headphones iphone?

You asked: How to charge iphone 12 pro max? 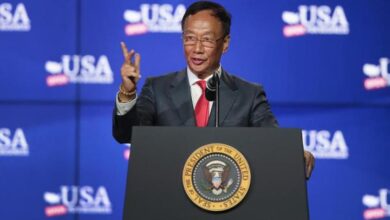 How to buy iphone on emi without credit card?

How to charge laptop using iphone?

You asked: How to change number rings on iphone?

How to buy gb on iphone?

Quick answer: How to buy games on iphone?