According to a new patent validated by the USPTO*, Apple is considering a solution that is quite simple and obvious to improve the performance of autonomous driving systems. Nothing surprising so far: we know that the apple brand is developing what looks like a smart car for several years now, thanks to various other such documents.

But in today’s one, it’s directly the question of themachine learning (machine learning) which is mentioned. The idea would then be, according to the inventors, to make piloting decisions more quickly by storing the knowledge of batteries of tests carried out upstream, as we have already seen at Waymo (Alphabet).

Dozens of vehicles being tested

The latest news is that Apple has quite a few self-driving cars. More precisely, there would be at least sixty-nine. These evolve on closed circuit, out of sight, and report to local authorities on the number of collisions and emergency braking that occurred during the experiments. A figure in constant decline compared to the size of the fleet.

It is this data that the patent talks about: by collecting and analyzing it, cars are able to record typical patterns of potential accidents that can then be downloaded to a particular unit to make it more efficient. . Among the crucial information contained in these statistics, there are in particular calculations for measuring the distance between the environment and the vehicle’s radars, intended to detect the “unpredictable behaviors“.

Unfortunately, if you want to know for sure, it will not be possible to discover such a program for at least several years because it is only accessible internally until it is proven. Officially, Apple is not working on any connected car, even if the question of autonomy was raised during a recent interview with its number one, Tim Cook. 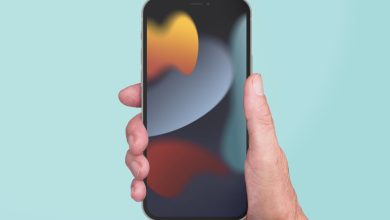