As with each new version of iOS, a little adaptation time is necessary to understand all the changes. This year, these, listed there, affect the ergonomics of iOS, but also at the heart of the system with improved performance. Some apps also change their design, while others are completely new. This is the case of Shortcuts appthe operation of which we introduced in this first article.

In this new article in our series dedicated to this function Shortcuts of iOS 12 precisely, we are going detail shortcut programming. In this context, a shortcut created from scratch is available for download, at the end of the article:

It should be cleared up so that every user can clearly understand what the term shortcuts refers to in iOS 12. There are actually 4 new features related to this shortcuts feature in the new version of iOS. Here they are in detail:

Don’t miss the first part of this “Shortcuts” folder with the first steps here, and in video on our YouTube channel:

In video: How to develop your own iOS shortcut

In detail: how to create an iOS shortcut

The creation or programming of shortcuts is done by action block. These blocks can follow one after the other, or be nested in more complex functionalities, via the script function in particular. As seen in part 1 here, it is possible to find an interesting shortcut in the gallery and then modify it as desired. But for certain needs and very particular ideas, it is better start from nothing. Here is the procedure to follow for that: 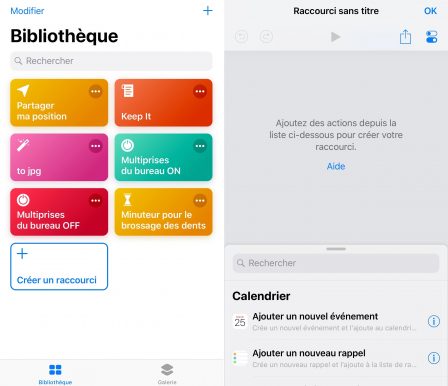 In the first part of the screen will be displayed the blocks once chosen.

In the second half of the screen there are all usable actions. The pane can be unfolded to be displayed on the whole screen. 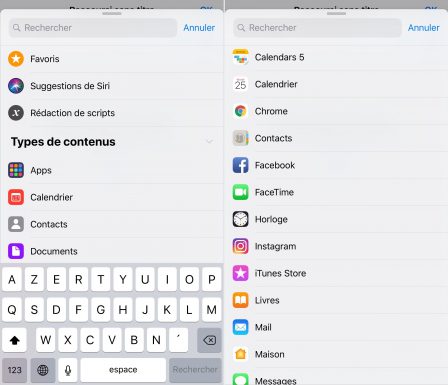 The blocks of actions are thus arranged by type of content and by apps.

Action blocks can also be found using a keyword search function in the top bar.

Finally, in each app or type of content, the different actions are listed.

To add an action to its shortcut, simply hold down on it and drag it into the first box. 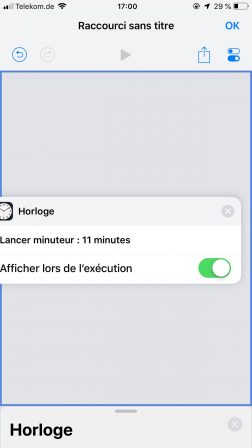 Or, press “i” for information then “Add to this shortcut”. There is also the add to favorites function.

Psssssst :  Good plan: how to download the game "Sky Gamblers: Cold War" for free for iPhone and iPad 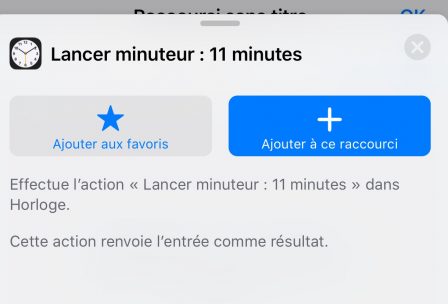 The main shortcut screen also offers a shortcut launch function, in the form of a “play” button, useful for testing actions.

Finally, at the top right are a share button, a settings button and an “OK” button to save its shortcut. The settings button is useful for customizing the shortcut information and how it should launch: 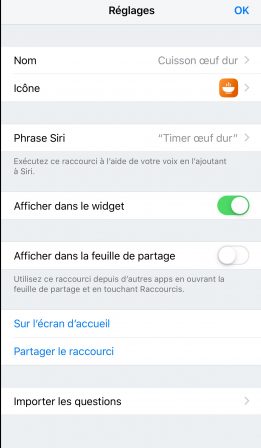 Here are the steps to create block by block a custom timer shortcut. In the present case, it is a question of being able to easily launch a 11 minute countdown corresponding to the cooking of a hard-boiled egg: 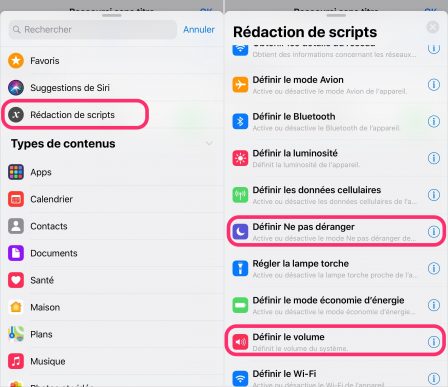 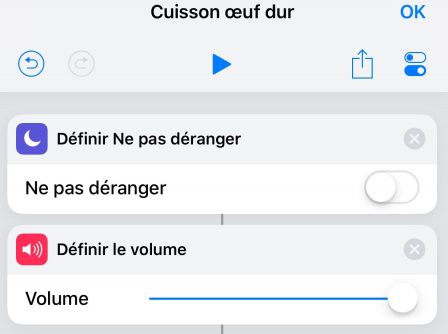 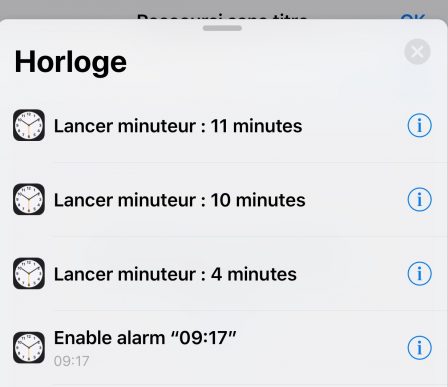 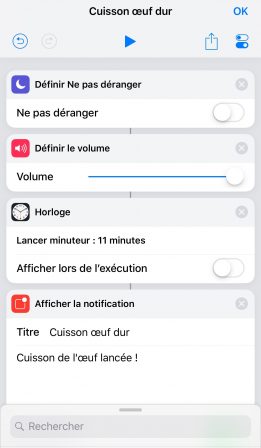 So every time this shortcut is launched, it disables “Do Not Disturb” mode, turns iPhone volume to maximum, starts an 11-minute timer, and notifies the user that the timer is running. 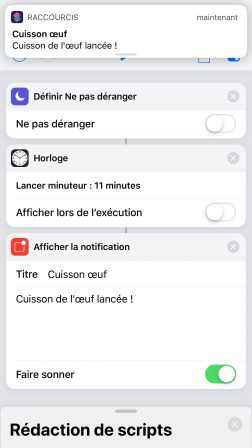 It is possible to customize the information and the way in which this shortcut can be launched. Go to the shortcut settings.

Press OK to validate these settings and once again OK to save the shortcut.

There you go, your shortcut is functional. We hope you like hard-boiled eggs… Anyway, this example is intended to illustrate how programming works in the Shortcuts app. It’s up to everyone to adapt their recipes to their own use, with their own ideas! 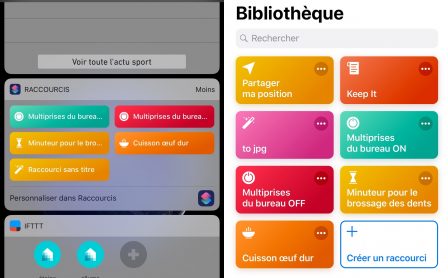 To download this shortcut, go here. Then, do not “Download”, but click on the Safari icon at the bottom right to open the link in Safari.

do next “Add to Shortcuts”. Thus our shortcut is found in your library and becomes usable as if you had created it.

Everything you need to know about iOS 12 is in our guide here. And the latest iOS 12 info can be found, including:

iOS 12, the most important

How to download among us on my macbook pro?

How to hide downloaded apps on iphone? 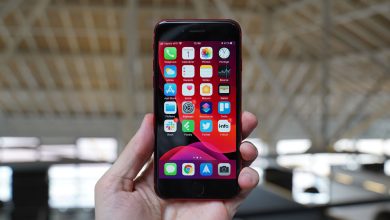 iPhone: Apple must also defend its closed system in the USA